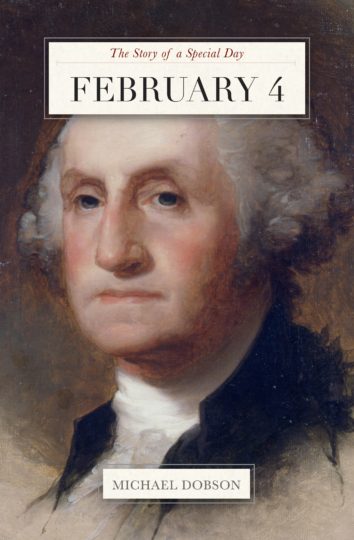 The Story of a Special Day for February 4

The special occasion gift they’ll never throw away — a whole book for the price of a premium card!

On February 4, 1789, George Washington was elected first President of the United States. But that’s not all!. On February 4…

…the 47 Ronin died after avenging their master

…the Confederacy was formed

Each volume of The Story of a Special Day is packed with rare historical photos and fascinating facts. Plus, holidays around the world; birthday gems, flowers, and other symbols; horoscope signs; sayings and superstitions; and much, much more!

With 76 pages packed with 34 historic photographs and illustrations, The Story of a Special Day is a feast for the eyes as well as for the brain.

A perfect birthday present or anniversary gift, February 4: The Story of a Special Day will make anyone feel special on his or her very special occasion. Look for upcoming titles covering each and every day of the year…because every day is a special day for someone you know! [Ebook coming soon!]