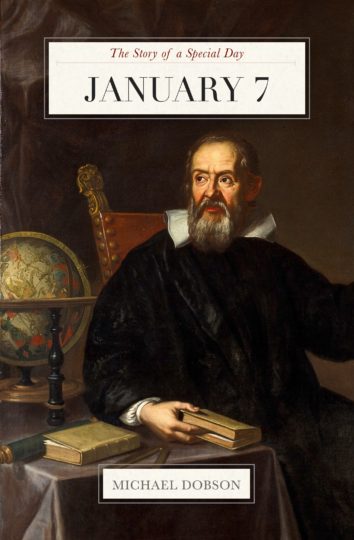 JANUARY 7: GALILEO PROVES THE EARTH ISN’T THE CENTER OF THE UNIVERSE

The Story of a Special Day, Volume 7 — The special occasion gift they’ll never throw away — a whole book for the price of a premium card!

The story of a special day…

…US forces retreat to Bataan

…Japan gets a new emperor

…and gunmen shoot up the offices of Charlie Hebdo magazine, resulting in an international outcry of support under the slogan Je suit Charlie!

Look for upcoming titles covering each and every day of the year…because every day is a special day for someone you know! [Ebook coming soon!]