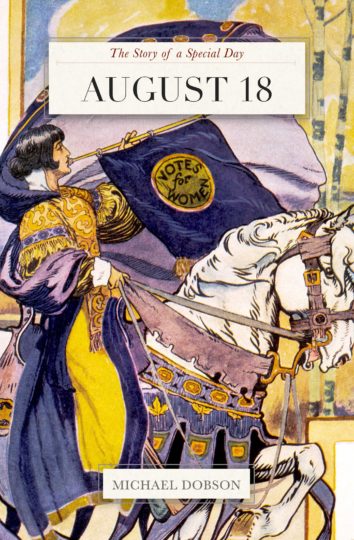 August 18: US Women Get the Vote

On August 18, 1920, the 19th Amendment to the US Constitution was ratified, giving women the right to vote. Also on August 18 — helium was discovered, the Pendle Witches were put on trial, and the “Hardest Day” of the Battle of Britain took place.

With 72 pages packed with over 42 historic photographs and illustrations, this book is a feast for the eyes as well as for the brain. A perfect birthday present or anniversary gift, “The Story of a Special Day” will make anyone feel special on his or her very special occasion. Look for upcoming titles covering each and every day of the year…because every day is a special day for someone you know!

PS — Can’t find your day? Drop us a note through the link on the landing page, and we’ll get right on it! (Ebook coming soon.)