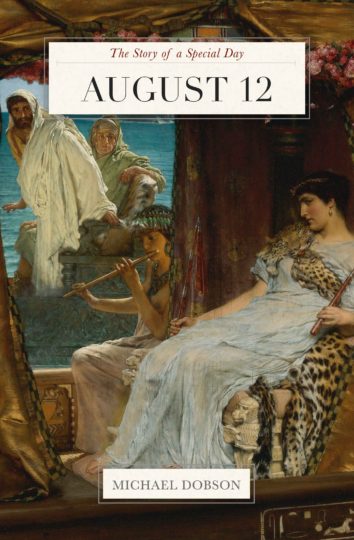 On August 12, 30 BCE, Cleopatra committed suicide after her lover Mark Antony lost his war with the future Caesar Augustus. Also on August 12, Isaac Singer patented the first practical sewing machine, Hawaii was annexed by the United States, the last quagga died in captivity, and IBM released its first personal computer.

There’s plenty to celebrate on August 12! In England, it’s “Glorious Twelfth,” beginning of the grouse hunting season. Russia honors its air force, Thailand celebrates Mother’s Day, and if you’re looking for an excuse to clean out the attic, it’s National Garage Sale Day.

Don’t forget the whole month of August! Did you know it was originally known as Sextilis? Or that its astrological signs are both Leo and Cancer? Plus, there’s information on August birthstones, flowers, and much more. E

With 86 pages packed with 44 rare historic photographs and illustrations, The Story of a Special Day is a feast for the eyes as well as for the brain. A perfect birthday present or anniversary gift, August 12: The Story of a Special Day will make anyone feel special on his or her very special occasion. Look for upcoming titles covering each and every day of the year…because every day is a special day for someone you know!

PS — Can’t find your day? Drop us a note through the link on the landing page, and we’ll get right on it! (Ebook coming soon.)