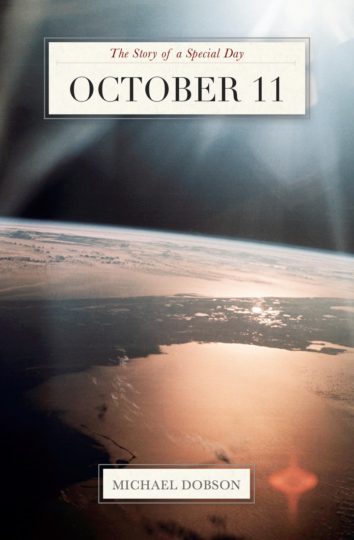 The Story of a Special Day for October 11

On October 11, 1968, Apollo 7, the first Apollo mission to carry astronauts into space, lifts off from Cape Kennedy, Florida. Plus, Teddy Roosevelt became the first US president to fly in a plane (1910), Saturday Night Live premiered (1975), and George Washington was promoted to 6-star general!

Each volume of The Story of a Special Day is packed with rare historical photos and fascinating facts. Plus, birthday gems, flowers, and other symbols; horoscope signs; sayings and superstitions; and much, much more! With 77 pages packed with over 33 historic photographs and illustrations, this book is a feast for the eyes as well as for the brain. A perfect birthday present or anniversary gift, “The Story of a Special Day” will make anyone feel special on his or her very special occasion.