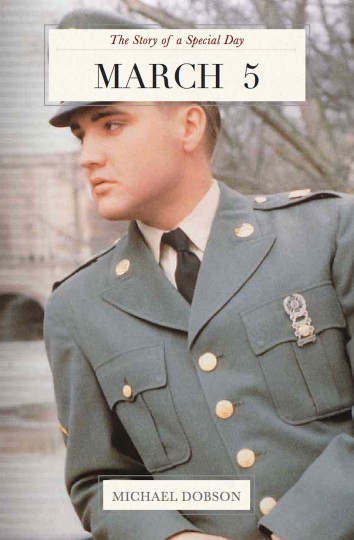 March 5 is the anniversary of the Boston Massacre, in which Crispus Attucks became the first martyr of the American Revolution
… The day Elvis got out of the Army
… The day the Nazis took power in Germany
… The day Churchill gave his “Iron Curtain” speech
… The birthday of Rex Harrison, Andy Gibb, Penn Jillette, and King Henry II of England
… The day John Belushi, Patsy Cline, and Joseph Stalin died
… St. Piran’s Day, the national holiday of Cornwall

And if you’re a history enthusiast, a fan of actors or sports figures, or just interested in knowing more about the world around you, “The Story of a Special Day” makes a great addition to your bookshelf or Kindle device!