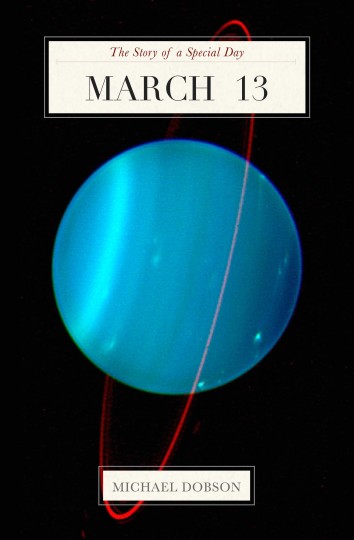 March 13: Discovery of the Planet Uranus

March 13 is the anniversary of the discovery of Uranus

…The anniversary of Muhammad’s victory at the Battle of Badr

…The day the Kraków Ghetto was liquidated by the Nazis

…The day Kitty Genovese was murdered

…The day Apollo 9 returned to Earth

And if you’re a history enthusiast, a fan of actors or sports figures, or just interested in knowing more about the world around you, “The Story of a Special Day” makes a great addition to your bookshelf or e-reader device!