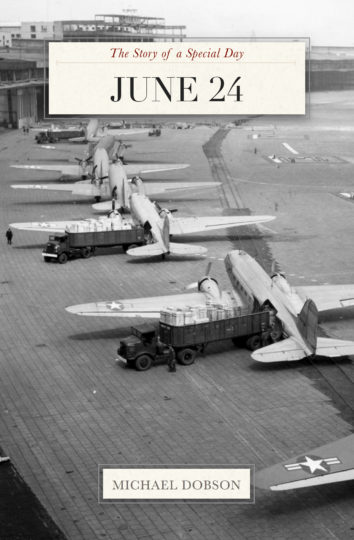 The Story of a Special Day:

The special occasion gift they’ll never throw away — a whole book for the price of a premium card! The story of a special day…

What happened on *your* special day?

From celebrations around the world to significant moments in history, birthdays, zodiac signs, and all-month events, this ebook makes a perfect birthday present or anniversary gift — one that will be kept and remembered long after an ordinary birthday card has been forgotten!

…The Soviet Union began the Berlin Blockade, which was countered by the Allied Berlin Airlift

…and June 24 is the day that Lucrezia Borgia, Lonesome George, Jackie Gleason, and Grover Cleveland died .

June 24 is also Bannockburn Day in Scotland, the Dia do Cabocio in Brazil, Discovery Day in Newfoundland and Labrador, and National Pralines Day in the United States!

And those are just a few of the many reasons why June 6 is a very special day!