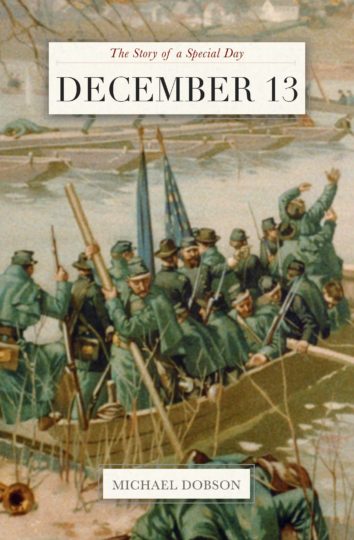 On December 13, 1862, the bloodiest day of the Battle of Fredericksburg saw Union forces repeatedly turned back from Confederate lines. Also on December 13, Sir Francis Drake set off on his around-the-world voyage (1577), Gershwin’s “An American in Paris” premiered (1928), the Nanking Massacre began (1937), the last Apollo moonwalk took place (1972), and Saddam Hussein was captured by US forces (2003).

Each volume of The Story of a Special Day is packed with rare historical photos and fascinating facts. Plus, birthday gems, flowers, and other symbols; horoscope signs; sayings and superstitions; and much, much more! With 74 pages packed with 36 historic photographs and illustrations, this book is a feast for the eyes as well as for the brain. A perfect birthday present or anniversary gift, “The Story of a Special Day” will make anyone feel special on his or her very special occasion.