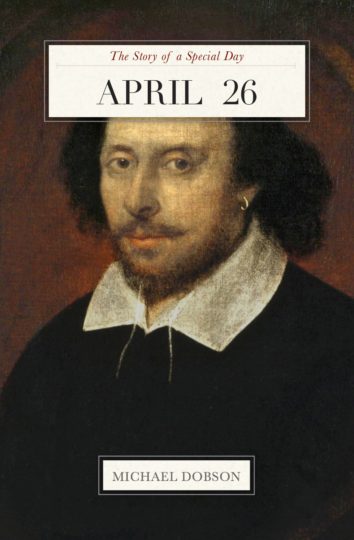 On April 26, 1986, a reactor at the Chernobyl Nuclear Plant explodes, scattering radioactive material throughout the western USSR and Europe! In other news, US troops shoot and kill Lincoln assassin John Wilkes Booth and the Luftwaffe bombs Guernica, inspiring the famous painting by Picasso.

In Eastern Orthodox Christianity, April 26 is sometimes Easter, and it can also be Passover. On April 26, Tanzania celebrates Union Day, eastern Russia observes Old Permic Alphabet Day, and in the US, it’s National Pretzel Day! April’s birthstone is diamond and its birth flowers are daisy and sweet pea. In astrology, April 26’s sign is Taurus (traditional) and Aries (sidereal).

The Story of a Special Day is a special occasion gift they’ll never throw away — a whole book for the price of a premium card! From celebrations around the world to significant moments in history, birthdays, zodiac signs, and all-month events, this book makes a perfect birthday present or anniversary gift — one that will be kept and remembered long after an ordinary birthday card has been forgotten!

Each volume of The Story of a Special Day is packed with rare historical photos and fascinating facts. With 78 pages packed with over 39 historic photographs and illustrations, this book is a feast for the eyes as well as for the brain. A perfect birthday present or anniversary gift, “The Story of a Special Day” will make anyone feel special on his or her very special occasion.