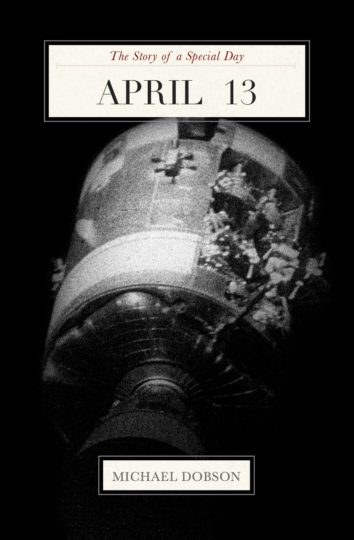 On April 13, 1970, an oxygen tank aboard Apollo 13 turns a lunar mission into a daring and dangerous rescue! In other news, Pocahontas is kidnapped (1613), Fort Sumter surrenders (1861), and Tiger Woods becomes the youngest golfer to win the Masters (1997)!

In some years, April 13 is Easter and/or Passover. In many Asian cultures, it’s New Year’s Day. April’s birthstone is diamond and its birth flowers are daisy and sweet pea. In astrology, April 13’s sign is Aries (traditional) and Pisces (sidereal).

Each volume of The Story of a Special Day is packed with rare historical photos and fascinating facts. With 80 pages packed with over 40 historic photographs and illustrations, this book is a feast for the eyes as well as for the brain. A perfect birthday present or anniversary gift, The Story of a Special Day will make anyone feel special on his or her very special occasion.