Legendary comic book artist, writer, and editor Jack Kirby’s contributions to comics history are nearly impossible to overstate. He’s the creator or co-creator of Captain America, the Fantastic Four, the X-Men, the Hulk, the various characters of the Fourth World saga, and much more. Artist Gil Kane said of him:

Jack was the single most influential figure in the turnaround in Marvel’s fortunes from the time he rejoined the company … It wasn’t merely that Jack conceived most of the characters that are being done, but … Jack’s point of view and philosophy of drawing became the governing philosophy of the entire publishing company and, beyond the publishing company, of the entire field … [Marvel took] Jack and use[d] him as a primer. They would get artists … and they taught them the ABCs, which amounted to learning Jack Kirby. … Jack was like the Holy Scripture and they simply had to follow him without deviation. That’s what was told to me … It was how they taught everyone to reconcile all those opposing attitudes to one single master point of view.

Born Jacob Kurtzberg on August 28, 1917, he entered the comics field in 1930s, working under a number of pseudonyms until settling on Jack Kirby, the name under which he would become famous. He worked with writer-editor Joe Simon at Marvel predecessor Timely Comics, creating the best-selling Captain America before being drafted into the US Army. Although Kirby was an infantryman, his lieutenant, upon learning of his art skills, made him a scout so he could advance into towns and draw reconnaissance maps — an extremely hazardous role. He suffered extreme frostbite in the winter of 1944 and almost lost his legs.

In the post-war (and post Comics Code) industry, Kirby and Joe Simon specialized in romance comics. They attempted to launch their own comics imprint, Mainline Publications, but they were not successful. Simon left the industry for advertising. By the early 1960s, Kirby was once again freelancing for multiple publishers, including the newly-rechristened Marvel Comics, where he created the company’s house style along with creating or co-creating most of the company’s iconic characters. Contractual and creative disputes caused him to leave Marvel for DC in 1970, where he created the Fourth World saga. He returned to Marvel for a time in the later part of the decade, leaving a few years later for the animation and film industry. Some of his artwork was used in the “Canadian caper” rescue of American hostages in Iran, the subject of the upcoming film Argo.

In his final years, Kirby was a leader in the effort to end the “work for hire” system in comics, in which comics creators had no rights to their own creations. He died on February 6, 1994, of heart failure, and is buried in California. 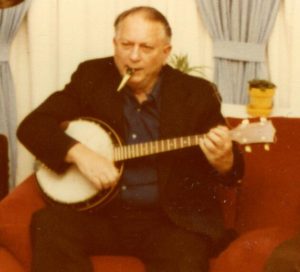 Jack Vance (August 28, 1916 – May 26, 2013), SFWA Grand Master and member of the Science Fiction Hall of Fame, was the author of more than sixty books in science fiction, fantasy, and mystery, winning the top awards in all three categories. The New York Times Magazine called him “one of American literature’s most distinctive and undervalued voices.”

A lifelong California native, Vance worked as a bellhop, in a cannery, and on a gold dredge before entering the University of California at Berkeley, studying mining engineering, physics, journalism and English, although he did not receive a degree. Weak eyesight kept him out of the military during World War II, though he memorized an eye chart and got into the Merchant Marine. (He was legally blind since the 1980s.) His interests included boating (he built a houseboat with his close friends Frank Herbert and Poul Anderson), and jazz (he played the cornet and the ukelele).

He began selling stories in the late 1940s, and worked in television as a writer for Captain Video. As a science fiction writer, he came into his own with the development of his setting the Gaean Reach, where most of his stories are located. His famous work includes the Dying Earth cycle, the Demon Princes series, the Lyonesse trilogy, the Tschai series, and many more. The magic system in Dungeons & Dragons was inspired in part by the Dying Earth series. 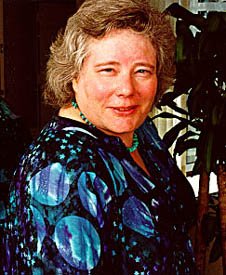 Vonda McIntyre (August 28, 1948 – ) graduated from the Clarion Writers Workshop in 1968, and won her first Nebula (for “Of Mist, and Grass and Sand”) in 1973. Her novel Dreamsnake won both the Hugo and the Nebula. A founder of Clarion West, she remained active with the program for a number of years. She is also known as the author of a number of Star Trek novels and gave Mr. Sulu his first name (Hikaru).